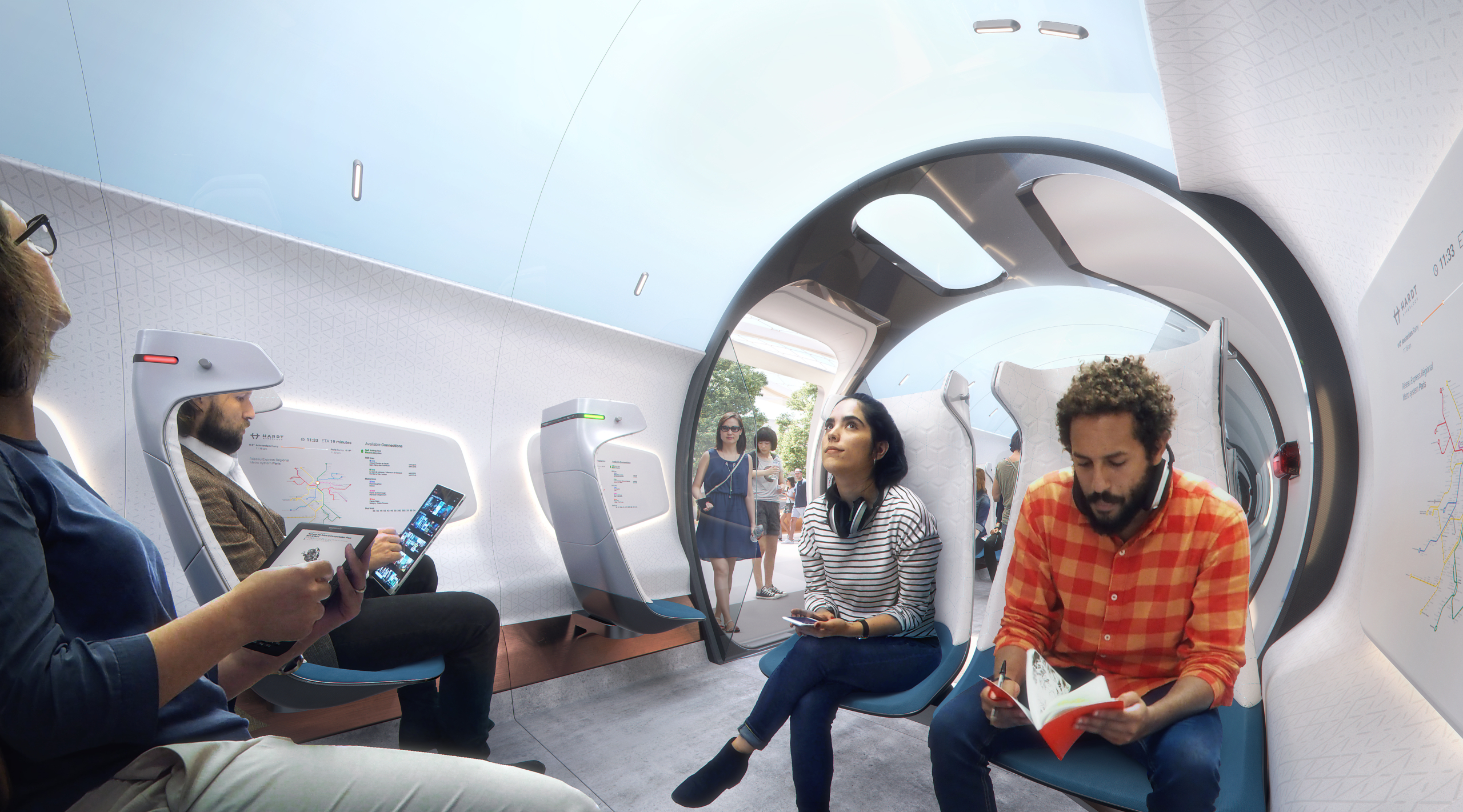 Two Dutch ministries and several companies and research organizations have revealed the establishment and funding of a public-private partnership to develop hyperloop.

The public-private consortium will explore the potential of hyperloop as a high-speed, zero-emissions transport solution that could play a significant role in the climate transition, while simultaneously deliver economic growth.

The 3-year program aims to demonstrate that hyperloop is a safe, sustainable and commercially viable solution to transport challenges in Europe and around the world. Hyperloop’s potential as an industrial development project that creates new companies, jobs and economic growth will also be assessed during this initial phase. As will its implications for the digitization and connectivity of industry.

“A global infrastructure project such as hyperloop can only be achieved when public and private parties cooperate in complementary ways,” said Jeroen in ‘t Veld, Chairman of the Hyperloop Development Program.

Government support
Since 2017, The Netherlands has established itself as a natural leader in this field. An ecosystem of more than 20 relevant companies has already been established and has developed and validated crucial hyperloop technologies such as the hyperloop lane-switch, crucial for network implementation. In recognition of this, the Minister of Infrastructure & Water Management and the State Secretary of Economics & Climate have announced that both ministries will award grants to support the jointly developed program. With a budget of €30 million, the industry partners will provide €22.5 million, which would make up the bulk of the program’s budget, the Dutch province of Groningen has agreed to contribute €3 million towards a test facility and both ministries will award a total of €4.5 million in grants to the Hyperloop Development Program.

Last October, Cora van Nieuwenhuizen, Minister of Infrastructure and Water Management, and Mona Keijzer, State Secretary of Economics and Climate sent a letter to Parliament to update on the ministries’ joint efforts in the field of the hyperloop and the intention to support the HDP.  In the letter, they stress the importance of investing in the knowledge economy and to investigate the export potential of hyperloop technology: “It is important that, while we are experiencing the economic consequences of the coronavirus outbreak, the Netherlands continues to investigate possible investment options for this new technology, which could make a significant contribution to our future earning capacity”.

By offering substantial financial backing and active involvement in the hyperloop development program, the national government of The Netherlands takes a leading role in the development of hyperloop worldwide.

“The technology of the hyperloop is impressive: it is important that we follow developments closely and capitalize on opportunities for the Netherlands”, the minister emphasizes.

We use cookies on our website to give you the most relevant experience by remembering your preferences and repeat visits. By clicking “Accept All”, you consent to the use of ALL the cookies. However, you may visit "Cookie Settings" to provide a controlled consent.
Cookie SettingsAccept All
Manage consent

This website uses cookies to improve your experience while you navigate through the website. Out of these, the cookies that are categorized as necessary are stored on your browser as they are essential for the working of basic functionalities of the website. We also use third-party cookies that help us analyze and understand how you use this website. These cookies will be stored in your browser only with your consent. You also have the option to opt-out of these cookies. But opting out of some of these cookies may affect your browsing experience.
Necessary Altijd ingeschakeld
Necessary cookies are absolutely essential for the website to function properly. These cookies ensure basic functionalities and security features of the website, anonymously.
Functional
Functional cookies help to perform certain functionalities like sharing the content of the website on social media platforms, collect feedbacks, and other third-party features.
Performance
Performance cookies are used to understand and analyze the key performance indexes of the website which helps in delivering a better user experience for the visitors.
Analytics
Analytical cookies are used to understand how visitors interact with the website. These cookies help provide information on metrics the number of visitors, bounce rate, traffic source, etc.
Advertisement
Advertisement cookies are used to provide visitors with relevant ads and marketing campaigns. These cookies track visitors across websites and collect information to provide customized ads.
Others
Other uncategorized cookies are those that are being analyzed and have not been classified into a category as yet.
OPSLAAN & ACCEPTEREN