Hyperloop test centre to be opened in Groningen, Netherlands. 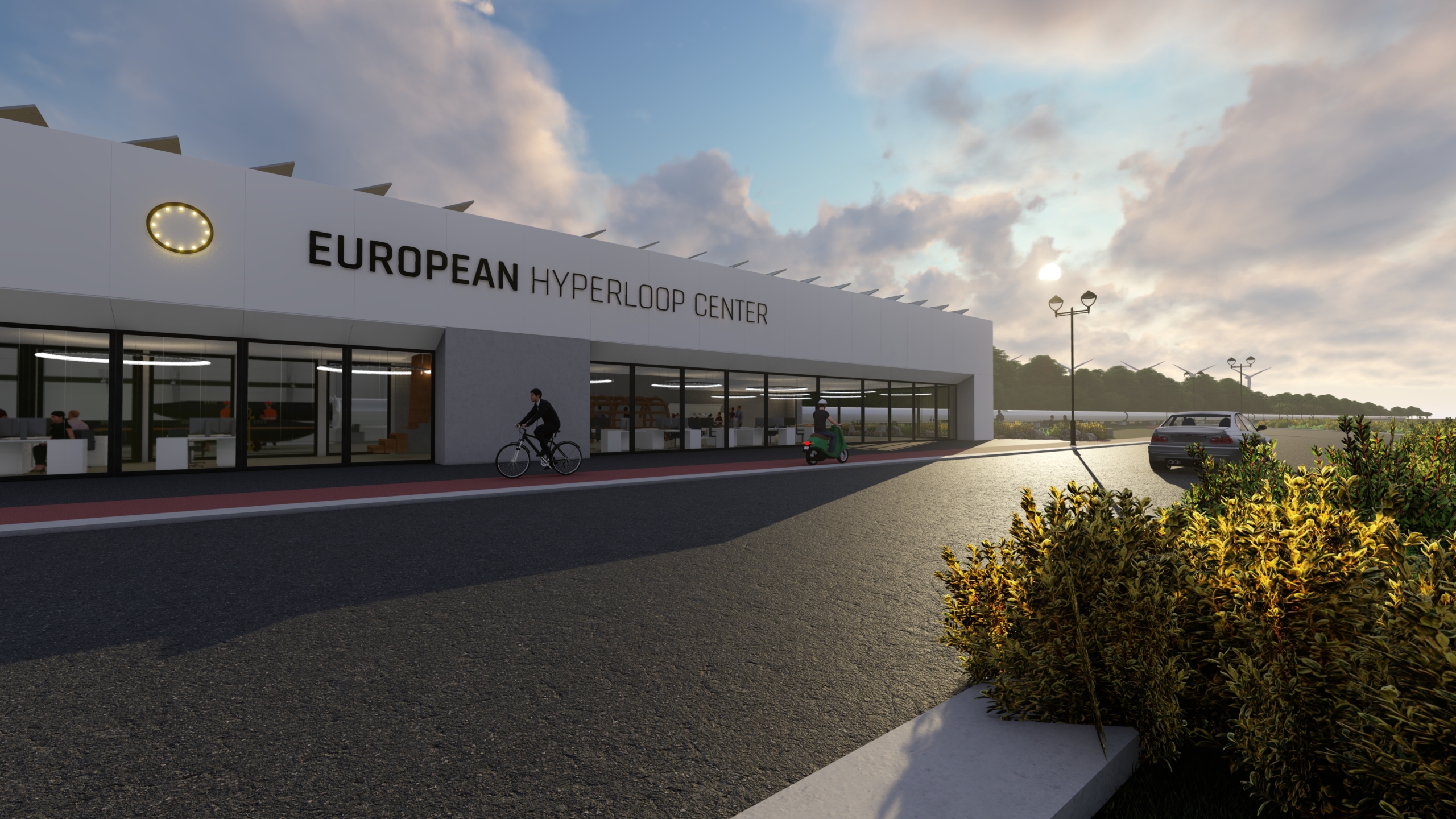 Solution for ‘flight shame’ a step closer to reality:

Delft, 20 December – Europe’s first facility to test hyperloop at high speeds will be built in the Dutch province of Groningen. The new European Hyperloop Center (EHC) will be open to hyperloop developers from all over the world. This will promote cooperation, in order to accelerate the development of a technology that could offer a clean alternative to air travel.

Construction of the EHC will start in 2020 and is expected to be completed in 2022. Tests conducted at the EHC will determine whether the hyperloop is a realistic alternative to short- haul flights. Travel by hyperloop is CO2 neutral and can provide a sustainable solution for the growing global number of passengers and amount of freight.

The EHC will consist of a three kilometre test track, making it the first facility in Europe to test this revolutionary transport system at high speeds. The EHC will also host a Learning Center that will focus on European standardisation, safety standards and the passenger travel experience.

Test facility for all hyperloop developers

Dutch company Hardt Hyperloop is a global frontrunner in hyperloop transport technology and initiator of the EHC. Hardt Hyperloop aims to accelerate the development of the technology by involving as many parties as possible with specific knowledge. Initial partners include Royal BAM Group, Tata Steel Europe and Royal IHC.

“The open, knowledge-sharing ecosystem which encourages collaboration between multiple private and public partners is very important,” said Tim Houter, CEO Hardt Hyperloop, the EHC’s initiator. “Implementing a project of this magnitude is not something that anyone can tackle alone. There is a wealth of knowledge and passion within Europe. With the EHC, we bring all this together to develop a single European system,” said Houter.

Groningen won a head-to-head race with Zeeland to host the test centre. These provinces were the final contenders in the competition to host this prestigious project. It is expected that the EHC will become the European hub of hyperloop development.

“We are happy and proud that the EHC is coming to Groningen”, says Mirjan Wulfse, Provincial Executive for the province of Groningen. “The arrival of the EHC fits in seamlessly with our ambitions in innovation and sustainability. Companies, knowledge institutions and governments work closely together in Groningen on the development of smart and green mobility. The hyperloop test track is a wonderful addition to this. The EHC will put Groningen on the international map as a testing ground for smart and green transport. It will also create more employment in our region”.

The conclusions of a recent impact analysis conducted by consultancy firm Berenschot confirms the optimism. According to the analysis, the EHC will help create an attractive business environment for innovative technology companies. This could lead to the creation of a European knowledge centre that will not only give the region an economic impulse through increased employment and revenues, but also contribute to the progressive image of the region.

The assessment committee announces that both Groningen and Zeeland have submitted a very strong proposal. The choice was made based on planning and construction criteria, the regional ecosystem of partnerships and a financing package. Groningen ultimately emerged as the winner.

The hyperloop is a promising technology for transporting people and goods. Hyperloop vehicles move autonomously in a tube system by means of a fully electromagnetic propulsion system. The low-pressure tubes provide ideal conditions for the vehicles to travel in a very energy-efficient manner, whilst being protected from the elements.

Travelling with the hyperloop is CO2 neutral and also very fast. From Amsterdam, it will take just 15 minutes to get to Eindhoven and 50 minutes to get to Frankfurt. The hyperloop has twice the capacity of current high-speed trains. This technology thereby offers a sustainable solution to challenges posed by the exponentially growing number of passengers and freight.

There are about a dozen companies worldwide engaging in the development of hyperloop systems. Hardt Hyperloop, one of the frontrunners in this domain, won the international hyperloop competition launched by Elon Musk in 2017. It is also the only company in the world that possesses a technology that allows for hyperloop vehicles to change lanes without a mechanical switch. This allows for a hyperloop network in which, as opposed to train travel, vehicles can travel directly from their departure station to their destination without stopping at other stations.

“Hardt Hyperloop looks back with satisfaction on its collaboration with the participating regions and would like to express its appreciation for their efforts,” said Houter.

In the coming months, the parties involved and the Ministries of Infrastructure & Water Management and Economic Affairs & Climate will gather around the table to discuss whether the development of the hyperloop can be accelerated by means of a public-private partnership.

This announcement follows a press release published on 3 December announcing the selection of Zeeland and Groningen as final contenders in the race to host the EHC.

We use cookies on our website to give you the most relevant experience by remembering your preferences and repeat visits. By clicking “Accept All”, you consent to the use of ALL the cookies. However, you may visit "Cookie Settings" to provide a controlled consent.
Cookie SettingsAccept All
Manage consent

This website uses cookies to improve your experience while you navigate through the website. Out of these, the cookies that are categorized as necessary are stored on your browser as they are essential for the working of basic functionalities of the website. We also use third-party cookies that help us analyze and understand how you use this website. These cookies will be stored in your browser only with your consent. You also have the option to opt-out of these cookies. But opting out of some of these cookies may affect your browsing experience.
Necessary Altijd ingeschakeld
Necessary cookies are absolutely essential for the website to function properly. These cookies ensure basic functionalities and security features of the website, anonymously.
Functional
Functional cookies help to perform certain functionalities like sharing the content of the website on social media platforms, collect feedbacks, and other third-party features.
Performance
Performance cookies are used to understand and analyze the key performance indexes of the website which helps in delivering a better user experience for the visitors.
Analytics
Analytical cookies are used to understand how visitors interact with the website. These cookies help provide information on metrics the number of visitors, bounce rate, traffic source, etc.
Advertisement
Advertisement cookies are used to provide visitors with relevant ads and marketing campaigns. These cookies track visitors across websites and collect information to provide customized ads.
Others
Other uncategorized cookies are those that are being analyzed and have not been classified into a category as yet.
OPSLAAN & ACCEPTEREN